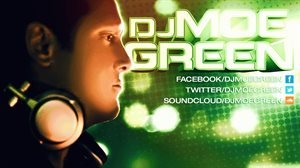 DJ Moe Green’s impressive resume in the world of DJ Entertainment consists of traveling the globe as a featured open format DJ, providing the sound track to your party!

One party promoter recently said, “His music style can conform and adjust like a chameleons colors during mating season” Others call him “The People’s DJ”

“Understanding music programming, format and mixing is what I do best” “And my MCing skills are not so bad also” Moe Green “

When I dj sometime the ladies can get a little wild like dancing on tables, getting naked and hanging from the chandeliers, I sometimes think when I’m spinning that I am the lead guitar player of Steal Panther” Moe Green"

For the last 5 years Moe Green has been crowned one of NJ/Philly’s top Video DJ’s. Spinning the best dance music videos and visuals at clubs and venues. “If they have a video wall or TV’s I will tap into it and rock out the best audio/visual set you will ever see and hear!”

Over the last few years DJ Moe Green has become known as one of the most requested Hi-End Lifestyle DJ’s in the nation! You might have seen him rock it out on the Carnival Yolo Swinger Cruise in 2009, The Couples Cruise in 2010, 2011 on The Radiance and Freedom of The Seas as well as in 2015 and 2016 on The Bliss Cruise. You may have also seen him rocking some of the wildest Lifestyle parties in Las Vegas at The Hard Rock’s Rehab, Sky Bar, Haze Nightclub inside The Aria Casino and Rain Nightclub at The Palms Casino.

He has graced the stage spinning at Desire in Mexico, Hedonism in Jamaica, Cancun Mexico, Cabo San Lucas and has Jetted all over the United States and Caribbean to DJ for the wildest Lifestyle parties.
Recently DJ Moe Green has been nominated for Best DJ at The Annual Lifestyle AKA Swinger Awards 3 years running in New Orleans. http://www.annuallifestyleawards.com/

DJ Moe Green has dropped sets at most of the top Philly, NJ and Atlantic City Non- lifestyle nightclubs as well.
In September 2016 Moe opened up for Andy Grammer and Rachel Platton in St Louis MO,

Also ripped it up in Vegas in August 2016 and spun to wild crowd on The 40 Million Dollar Mega Yacht – The Seafair for New Year’s Eve. Overlooking the Pitbull Rockin NYE Party in Miami Beach.

With so much experience and history under his belt, Veteran DJ Moe Green's skill, knowledge and master of the mix come through every time he hits the stage. If you can handle the wildness, the sexy crowds, lots of tequila and can afford to take a day or a week off from work after one of his DJ sets, then make sure to see him live at the next big lifestyle event near you!

Moe Green will be at the following Events 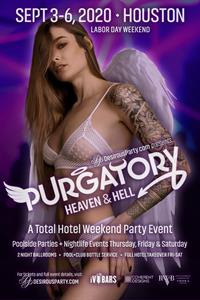