Well known for his impressive MC talents and energetic “Party Rock” style of DJing, Kyd Wicked brings out the best in Top 40, EDM and Hip-Hop. "> 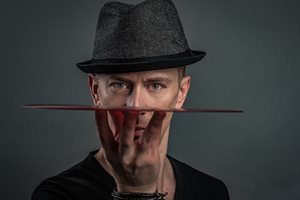 Performing at some of the most exclusive Events, Parties, Nightclubs and Dayclubs around the world.  Kyd Wicked has DJed for the most sought after celebrities and taken club-goers to the next level in cities like Las Vegas, Atlanta, Miami, Cancun, Los Angeles, Barcelona, Marseille and everything in between.

in his performances earning him a nomination for “Best Local DJ” Las Vegas and being named “The Voice of Hard Rock!”

With his most recent mix being released by Club Killers on Mixcloud.com, Kyd Wicked has amassed an amazing response from listeners around the world with over 25k streams in the 1stmonth and reaching #1 for Club, EDM, Hip-Hop and Top 40 on both the U.S. and Global Charts!

An electrifying DJ, MC and sought after performer; Kyd Wicked is making impact on the world through his eclectic; no genre style of musical selection that captivates party people around the world!

Kyd Wicked will be at the following Events 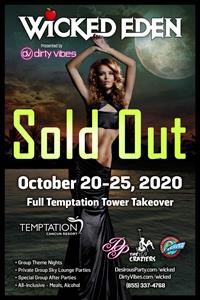